How To Accept Other People’s Differences

Everyone is different and we tend to accept that. However, actually dealing with those differences can be difficult, especially when they inconvenience us. Some might argue that we don’t have to accept or tolerate other people’s differences. But, is it even possible to control, unify, and standardize everyone?

The answer, of course, is no.

It’s impossible to unite everyone. Whether we are talking about religion, personality or pizza topping preferences, people are always going to be different. Chances are that not accepting those differences will make your life a bitter and discontented one. Accepting others for who they are, however, may give you new insights and make your life more fulfilling.

In this article, we’ll take a look at individual differences and how to accept them.

The paradox of individuality and acceptance

While a lot of people try their hardest to fit in with the crowd, we are also quick to point out the things that make us unique and special (even when they don’t). Whether it’s liking an obscure band or being outspoken, we often like to think that it’s something unique to us. And it’s no surprise we think like that when individuality and being different is valued in our society, at least on the surface.

But those same characteristics we prize in ourselves can be something we despise, mock or judge in others. When someone likes an obscure band, we may think of them as a poser. When someone’s outspoken, we may find them rude. This, too, is natural.

While individuality is often prized, humans are still social beings who like to feel connected and included. And one of the easiest ways to feel close to someone is to create a common enemy.

Judging a trait in someone else while thinking it makes us special doesn’t necessarily make us hypocrites. Of course, it’s not nice. People may be right to call you out on your double standards.

But in the end, it’s just another type of the self-serving bias. Some psychologists define it as any cognitive bias that maintains and boosts our self-esteem. By branding something “good” in ourselves but “bad” in others, we are able to maintain a positive self-image. And there’s a reason why so much of self-help literature is about raising self-esteem.

Why is it hard to accept differences? 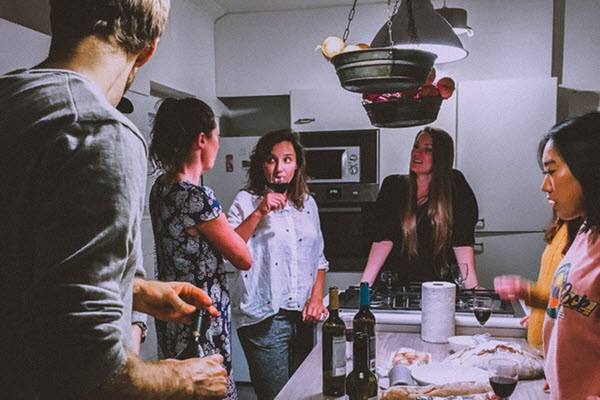 If individuality is valued, why is it so hard to accept that people are different? Thinking that we are always in the right and others are in the wrong to maintain our self-esteem is only a part of it.

Another reason may have something to do with the need for control in our lives. As psychologist Lauren Leotti and colleagues write in their paper about control: “…the perception of control is not only desirable, but it is likely a psychological and biological necessity.”

Human beings, especially those who differ from us, are unpredictable and hard to control. And so, our need to control our environment – which includes other people – may make it hard for us to accept people who don’t behave in the way we want them to.

Often, our prejudices aren’t even based on first-hand experiences but are passed on to us by our family or society.

The thing is, that on the most basic level, prejudices and stereotypes are simply mental categories. As psychologist Gordon Allport writes in this book The Nature of Prejudice:

“The human mind must think with the aid of categories… Once formed, categories are the basis for normal prejudgment. We cannot possibly avoid this process. Orderly living depends upon it.”

That’s what makes getting rid of prejudices and accepting differences so hard. Those categories and patterns are often so ingrained in our thinking that it takes a lot of conscious effort to change them, even when we gain experiences that dispute our prejudices.

Why should you accept others’ differences?

If prejudices are so natural, why should we go out of our way to accept people’s differences? There are many reasons, but some of the more prevalent ones boil down to a simple fact.

Our societies are getting more multicultural and diverse. It’s always the individual that has to adapt to the changing surroundings, not the other way around. Carrying around the burden of prejudices and trying to bend people to your will in a diverse world can be exhausting and frustrating while learning to accept differences can broaden your horizons and bring you new friends.

At work, I occasionally clash with my colleagues. While I tend to take a softer, more lenient approach to both counseling and teaching, some of the teachers are strict and unyielding. While I rely on videos and 3D models to explain psychological concepts, some of my colleagues are firm believers in pens and papers and long-form note-taking.

And that’s fine because neither of us is right or wrong. While some students prefer my approach, others find strict rules more helpful. A diverse staff means that every student can find someone who they “click with”.

Our world is constantly evolving and our mental patterns can – and should – evolve with it.

How to start accepting others for who they are? 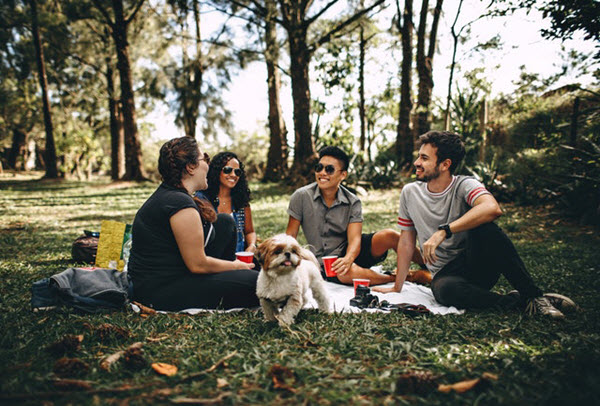 So, how do you go about accepting the fact that your roommate likes rock while you enjoy rap and other individual differences?

Here are five simple tips to practice tolerance and acceptance:

While becoming aware of them won’t erase them immediately, realizing where your prejudices lie is the first step to combating them.

Remember, while prejudices are almost always negative, stereotypes can be both positive and negative. But even positive stereotypes can be harmful. For instance, thinking that all Asian people are smart or that all women are nurturing may sound like a compliment, but it erases the individual differences inside those groups.

So when you find yourself judging someone, check why you’re judging them.

Focus on the person, not the description

While descriptive characteristics are useful for describing people, they can never provide the full picture.

People are greater than the sum of their parts. For example, someone can be a teen girl who likes Euphoria and TikTok, but that’s definitely not all she is. Try to look past the descriptives and focus on the individual.

Give up the (need for) control

The only person who you can change and control is yourself. Remember that next time when you feel frustrated because of someone’s behavior or opinions.

This doesn’t mean that you should accept any and all behaviors, even when they are causing you discomfort. Politely pointing out unacceptable behavior is always encouraged, but take a moment to consider why you find the behavior unacceptable.

Put yourself in someone else’s shoes

Chances are that if you approach others with empathy, you’ll also find it easier to accept them.

Don’t knock it until you try it

Some time ago, a friend tried to get me to go to the gym with him to try weightlifting. I resisted, because “weights aren’t my thing”. I also didn’t understand what he could possibly see in lifting a barbell and setting it down again several times in a row.

Eventually, I gave in and went along. My first foray into the weight room wasn’t a success, but after a couple of times, I could finally see the appeal.

Try out other people’s hobbies to understand why they like them. Or at least, don’t knock it until you try it.

Individuality is often valued, but at the same time, we find it hard to accept that people are different. It’s natural to be wary of differences, but that doesn’t mean that we shouldn’t try to combat our prejudices, especially in the diverse world of today. It takes a little work, but with some simple tips, you can learn to be more accepting of differences.

The post How To Accept Other People’s Differences appeared first on Dumb Little Man.

Can Android Become an Invulnerable System in the Future?

The Complete Guide to Self-Control

How To Accept Other People’s Differences